Those of us who teach management are used to handling a paradox common in firms and other organizations: the most efficient and admired firms are often those that fail most spectacularly when facing unexpected problems. This is, or should be, a reason for modesty for those teach or manage, and it is also be a reason to think about the source of failure. 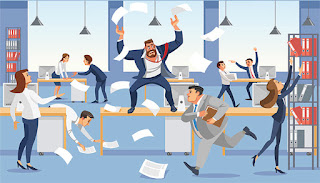 In research published in Industrial and Corporate Change, I examined this issue with PeterW. Glynn and Hayagreeva Rao. We did not embark on a study of failures in famous firms – it has been done so many times before. Instead, we modeled different ways of designing organizational structures to see how well they performed. The idea behind the model is that, in addition to whatever else it does, any firm faces a sequence of incoming problems that it needs to spend time solving, and it matters how quickly these problems are solved. This is an easy conceptual model that takes some advanced math to solve; and looking at it we got some surprises.

First, problem solution times can vary tremendously, especially when the firm is busy. This is important because efficiency comes from not having too many resources at hand, which means that efficient firms are busy. It is one reason that success and failure are so closely linked.

Second, managers can make the problem worse. Adding any level of approval of a solution multiplies the time it takes to finalize, which is very problematic when the solution time is already long. Large span of control (many subordinates), as we see in many lean organizations, makes this problem worse. It is another reason that success and failure are so closely linked.

Third, teams can solve the problem. If they communicate well, a team will much more rarely have very long solution times than an individual, even if the individual has exactly the same expertise as all team members combined. This sounds surprising, so I should be quick to add that communication slows down teams significantly.

These are simple facts useful for putting together an organizational structure and its processes. A designer who knows them can make the right choices between efficiency today and resilience tomorrow, because they dictate how much slower reactions to surprises are when a structure is set up for efficiency. Perhaps the main lesson is exactly in understanding that this is a trade-off. Efficiency is great until the day it isn’t, and it instead becomes the source of failure.

Glynn, P.W., H.R. Greve, H. Rao. 2019. Relining the garbage can of organizational decision-making: Modeling the arrival of problems and solutions as queues. Industrial and Corporate Change 29(1)125-142.

Similar but Better: When Product Comparisons Are Traps

One of the oldest forms of advertising innovative products and services is the comparison with existing ones. Whenever a firm can argue that its innovation is similar to an existing product, but better, two things happen. First, the similarity makes acceptance easier. Second, the improvement makes changes to the innovative products easier. What could go wrong? 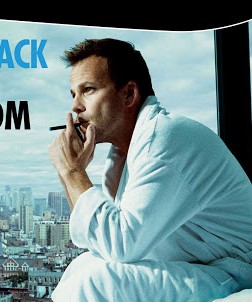 Research by Greta Hsu and Stine Grodal published in Administrative Science Quarterly gives one answer to how a strategy of comparison can go wrong. They looked at the growth of electronic nicotine delivery products – vape devices – and how the makers of such products took steps to get them quickly accepted. These steps in turn led them into a trap of their own making.

The starting point is that the cigarette industry is large and highly profitable. After all, even taking taxation into account, cigarettes are vastly overpriced wrapped dried leaves. Cigarette customers are addicted customers (at least addicted to the product category), which is even better than having loyal customers. The only problem for cigarette makers is that the health damages are well known, and the industry is shrinking. Smokers do not quit in great numbers – the product is addictive after all – but more old customers die than new customers appear.

Actors outside the cigarette industry invented superior systems for delivering nicotine and other flavored vapors through well-controlled electronic devices. They then faced the dilemma of how to market this innovation. What to name it? How to have it regulated, or try to avoid regulation? How to market it? A series of decisions led them onto the path to “similar but better,” including naming these devices e-cigarettes.

In many ways this was a natural path because cigarettes are also delivery systems for nicotine and other flavored vapors. The new systems were more complex but also much more controllable, so they really were similar but better. But positioning them that way instead of emphasizing distinctiveness was still a choice, and it turned out to have a series of consequences. On the positive side, some of the innovators got acquired by major cigarette makers and earned greatly from that. Also on the positive side, the major cigarette makers added their marketing muscle and made e-cigarettes widespread very quickly.

Then there was the negative side. The e-cigarettes are efficient nicotine delivery systems, which is a problem because the addiction to smoking comes from nicotine, not from other parts of the cigarette. So, these devices were similar in addictive properties and better at delivering nicotine, a point that anti-smoking activists immediately understood. They were also quick to notice that one maker started adding tastes that made e-cigarettes appealing to youth, as a way of recruiting new users. As a result, campaigning against e-cigarettes increased, and public opinion has turned against them. A good thing too, because a while after these products became popular, a wave of deaths from vaping THC additives showed that these products can be dangerous in ways that regular cigarettes are not.

So “similar but better” is a choice, and when the basic product is bad for health or for any other part of life that we value, it is not obvious that it is the best choice. If over time we confirm that these products actually are healthier than regular cigarettes, then calling them e-cigarettes and making other comparisons has been a serious mistake. An alternative name was easily available, after all. Using e-cigarettes is called vaping (a simplification of “vaporizing”), and the devices could have been called vapers. Instead, a vaper is now someone using an e-cigarette. Just words, you may say, but words have consequences.