It is well known that organizations work well when subordinates know how to manage managers. Experienced work groups often need to teach their new and inexperienced manager what routines are important because they work much better than the alternatives. Work groups facing new conditions often need to tell their experienced manager that the world has changed and that their work needs to change with it. Managerial effectiveness starts with the ability to listen to subordinates and learn from them. 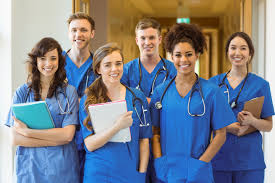 When organizations need to change, can the subordinates managing their managers be a good tool for making it happen? Research published in the Administrative Science Quarterly by Katherine C. Kellogg answers this question. The managers she studied were actually medical doctors who do a range of managerial tasks and are at least as protective and assertive of their own ideas and ways of working as regular managers. If a hospital wants to change its overall activities, who are best situated to manage the medical doctors: medical directors or medical assistants? Kellogg’s research showed what happened when two hospitals tried to implement patient-centered reforms in their clinical practices.

As you might have guessed from the title, medical directors were not very useful for getting doctors to change their practices. A doctor can easily ignore instructions from higher levels in the organization, or even protest them. A doctor can also ignore suggestions from lower levels in the organization, but one of the hospitals found a set of tactics that made the suggestions coming from subordinates very persuasive. Those subordinates were medical assistants, who help to manage doctors’ patient inflow, time, and information. Each medical assistant works with multiple doctors, so they are central nodes in the doctor network. By having medical assistants meet without the doctors in the room, the hospital let them benefit from the experience of other medical assistants in their networks and become even more central. The hospital could also use the meetings to motivate the medical assistants, teach them how to influence doctors, and have them teach each other how to do so.

Why do we know that these tactics for managing the manager work? As I wrote earlier, two hospitals tried to implement patient-centered reforms, but only one succeeded – the one using these tactics. Maybe not all of these tactics were needed in the hospital, or are needed elsewhere, but Kellogg’s research certainly shows how managers can be managed to make changes in an organization.