Are Pandemics Worse than We Think? Adding Loss of Inclusion to Loss of Lives

Now that the world is dealing with the Coronavirus turning from an epidemic to a pandemic, it may be time to talk about something we learnt from the Ebola virus. This is a lesson from research by April Wright, Alan Meyer, Trish Reay,and Jonathan Staggs published in Administrative Science Quarterly, and it concerns the social distancing that many places in the world now practice to mitigate the effects of this disease.

We understand that social distancing is inconvenient. In Singapore, which currently has a mild form of it because the Coronavirus is controlled well here, temperature checks when going into certain buildings are inconvenient, we eat at restaurants less often than we would like, and a shopping center (such as the one housing my gym) is a place to think twice about entering. Other places are much worse off, with people quarantined to their dwellings except for emergencies, and all community meeting places and arrangements canceled.

What this research points out is that places of social inclusion are essential to society. Places of inclusion are where people gather to have their needs provided by society, from private actors, government actors, or voluntary associations. They include the sports stadium of the local team, the unemployment office, the church, and the soup kitchen for the homeless. All these are places that provide practical goods and services, but they also serve a symbolic role of defining the community and affirming people’s inclusion in the community.

The importance of places of social inclusion was shown prominently when their research at a public Emergency Department (ED) in Australia suddenly involved the Ebola epidemic. ED doctors and nurses handle many kinds of risks to patients and themselves, but Ebola was unusual because it was an unknown situation, and one that could lead to exhaustion of ED resources and even temporary closure of the ED. This was a situation that invoked fear and a feeling of threat because the physicians understood that turning away any patients was more than failing to provide medical services; it meant an unmet human need. Although most people rarely interact with EDs, they are places of social inclusion that need to stay available.

To manage the Ebola situation in addition to the regular claims on their resources, the ED rationed resources carefully and enabled resource use whenever possible. Doctors and nurses also went to extraordinary lengths to avoid closing down and to keep the ED safe for both patients and employees. In the end, many ED personnel dealt with the situation by reasoning that the Ebola risk, although new, was not so much greater than the risk posed by violent patients or other infectious diseases, which they already dealt with routinely.

If we tie this research to the Coronavirus situation, we should be aware of some differences. The personnel at this ED were very conscious of its role as a place of social inclusion and did their best to stay open and admit patients. And when all was said and done, they had treated no Ebola patients, only some suspected cases. Is that what we will see in the current situation? I doubt it.

Emotions in Sync: How Teams Adjust for the Best Performance

Imagine a team of any size doing a task that calls for constant coordination and accurate execution. Sound difficult? It is very difficult, and that is why organizations typically prefer to distribute tasks across specialized roles and over time. The Charlie Chaplin movie Modern Times made fun of this approach in its production line scenes, but they are actually an accurate depiction of how assembly is often done these days, and for good reason – it is the most efficient approach.

But some teams need to coordinate quickly. A soccer team does so in response to the other team. An emergency unit team does so in response to the patient condition. Even teams that rehearse in advance to gain perfect execution may need coordination to avoid small mistakes accumulating and getting out of hand. A concert performance by a band, orchestra, or choir would be an example of this. A planned surgical operation or construction of a building is another. Thanks to research by John Paul Stephens published in Administrative Science Quarterly, we now know more about how such coordination is done. He studied a special kind of large team: a choir performing classical music. 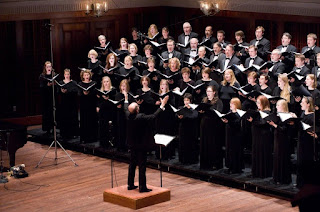 The starting point is that each member of the team is heedful of the others, especially those nearby. They adjust to others’ pitch, volume, and tempo, and they influence others as well, helping them pick the right pitch, volume, and tempo. When a team comes together, these mutual influences and members’ knowledge of the ideal output mean that their efforts are in sync, and their emotions are too.

Emotions matter greatly for quick coordination because they adjust what happens when the team is falling apart. And any kind of quick coordination could lead to a team falling apart, with each member being anxious about their part of the task performance or upset about others appearing to do their part incorrectly. The feeling of being out of sync triggers adjustments, because each member will pay special attention to any and all cues that can improve the performance. They use their knowledge of the output, their knowledge of the skill set and current output of each other member, and their knowledge of their own skill set and current output. Once the team knows they are no longer in sync, there is mutual effort to recover.

This is where leadership counts the most. For a chorus, the conductor is always up front directing, but this person is actually not so important if they have rehearsed well and are in sync. If their performance is falling apart, however, increasing the attention to the conductor is a major cue that helps recovery. One sign of greatness in a conductor is exactly this ability to put a performance back in sync, to reunite the team. Much of a conductor’s leadership occurs when composing the performance through the variations rehearsed in practice sessions, but an essential part of such leadership emerges when recovery is needed during a concert. 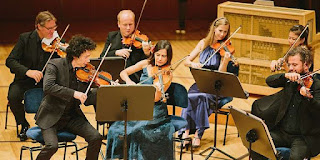 The same process is found in more extreme versions in smaller teams with distributed leadership, such as those that combine different forms of specialists who engage in a single production. To continue with the musical performance comparison, a string ensemble has first and second violin (and sometimes more), viola, cello, and sometimes bass too. There is no conductor. Instead, a team like this has skilled members who each knows their specialty and the ideal final performance. The team usually comes together in sync during a performance, but when they fall apart, they turn their attention to their leader—the first violinist, who sits front and center and is easily visible by all ensemble members.

Stephens, J. P. 2020. How the Show Goes On: Using the Aesthetic Experience of Collective Performance to Adapt while Coordinating. Administrative Science Quarterly, forthcoming. 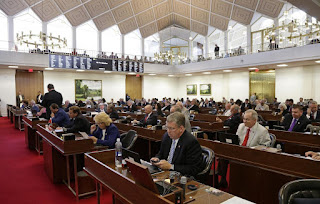 Here is something that is so well known in business, and so contrary to norms of fair competition, that we prefer not to teach it in business schools: For a large established firm, one of the best hammers for beating down competition from new ventures is influence over legislators. One of the best ways of wielding this hammer is to help them create cumbersome, expensive, and demanding legislation for new firms entering the business. Any kind of excuse will do. For example, societal concerns for safety and the environment can be twisted in ways that generate legislation with the main purpose of making it harder to establish new ventures.

How can that be good for the large firm? After all, they need to expand their business now and then, and they will face the same legislation. That’s true, but unlike entrepreneurs, they have friends in the legislature who can create exceptions when needed. So, is there any way for the entrepreneur to enter a heavily regulated industry? Research by Jake B. Grandy and Shon R. Hiatt published in Administrative Science Quarterly shows one way this can happen: by receiving help from regulators.

Why would regulators help entrepreneurs when legislators help established firms? This is a question that has two answers. The first answer is because they can: Legislation is usually written with some leeway, and regulators can interpret it to allow new entrants. Often, they will do so because strict interpretations can be challenged through appeals. The second answer is because they can: Legislators have many issues on their agendas, and they often grant regulators freedom to act on their own either by legislating some independence or by supervising regulators only loosely.

Grandy and Hiatt tested this effect by examining delays in granting permissions for hydroelectric power plants. For such permissions, the independence of the regulator has no consequence for established firms – but for entrepreneurs, an independent regulator makes all the difference. The timing matters because the application and approval process can take many years. If the regulator is fairly independent, that period can be reduced by a year or more. But if legislators have reason to curtail the regulator’s independence, the application period can instead increase by many months.

These accelerations and delays are important because they are where costs and benefits are found in this industry. The regulator can impose conditions that slow down a project and make it costly, but in the end, nearly all the applications are granted. Granting an application does not mean that the power plant will be built, however: The entrepreneur may have exhausted their financial resources by the time a project is approved, or required modifications may have made the project unprofitable. All of this means that help from regulators is necessary for entrepreneurs – and for a healthy level of competition in regulated industries.

Posted by Henrich R. Greve at 5:13 PM No comments: