How to Get Paid More at Work? Extend your Turf! 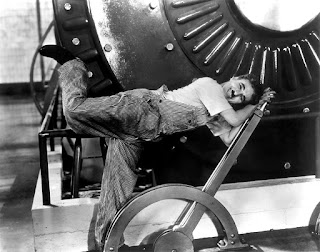 But what does specialization do to worker pay? That’s the topic of research by Nathan Wilmers, a professor at MIT Sloan School of Management, published in Administrative Science Quarterly. The question is very interesting because it is commonly assumed that wages are determined in some labor market that rewards workers first by observable skills, such as training and education, and later through performance on the job. The problem with this conception is that it assumes that observable skills map cleanly onto organizational tasks. This assumption is never quite correct, and it gets worse in organizations with highly designed jobs.

Instead, consider jobs organized by the degree of task specialization, and consider wages not as set in a market but as an implicit negotiation between worker and employer. A highly specialized job usually means that there are many potential occupants and that the post-hire training to do the task is easy. Probably the specialist isn’t pre-trained before hiring, but that does not matter because the training is inexpensive. That means lower wages, because a worker occupying a specialized job is expendable. In organizations, narrow job turf means low pay.

A general job that covers the gap between specialized jobs is exactly the opposite. First, efficient job design requires having many specialists and few generalists covering the gaps, so the generalist is necessarily rare. Second, the generalist work is complex and specific to the job design of the employer. Again, the generalist isn’t pre-trained, and it takes a while for a newly hired generalist to be efficient. In the implicit wage negotiation, the generalist has a strong position. In organizations, broad turf means high pay.

Wilmers found sizable effects when analyzing the data. Workers who equally split time between tasks would lose 11 percent of their pay if they were split into groups that specialized in one task. A worker who moved from having the average level of generalization to the 95th percentile of generalization would gain more than 8 percent pay. These differences in pay levels mean that increases in job turf are well worth fighting for.

Two additional notes are worth considering. The estimates I cited above are among the more conservative estimates of how big the differences were in those organizations. Moreover, the data analyzed come from a single type of organization, which means that the effects could be bigger or smaller depending on the employer analyzed. In fact, chances are that in most firms, the advantages to having a job with broader turf are greater than in this analysis. You see, Wilmers analyzed labor union employees, and unions are known to favor pay equality.

So organizations that pursue efficiency seek specialization, and workers who want high pay seek a broad turf. Clearly this is an area of work design that involves negotiation, because smart workers will not willingly accept a more specialized job. They will fight for their turf.