Beer Reincarnated: How a Modern Industry Can Become Reinvigorated by the Past

There is evidence that beer has been around for about 2,500 years, but over time the technology for producing it has changed quite a bit. A modern beer brewery is scalable almost without limit, and there are existing and in-construction plants that can produce more than 20 million hectoliters of pilsner (pale lager) in a year. That production exceeds the weight of 3 million people. Modern plants are very cost efficient, and the beer quality is completely consistent. Yet there is currently a strong movement away from beer produced in these large, modern, and efficient plants toward smaller craft breweries producing a variety of different beers. Why is that?

For consumers, the answer is pretty clear: people generally like variety. Many people like and can pay for premium products, so the main issue is whether they would look to beer for variety instead of products like wine or spirits. But an article by Jochem Kroezen and Pursey Heugens in Administrative Science Quarterly looked at this question from a different viewpoint: that of the beer makers who have decided to form new breweries to compete with the established, efficient, and powerful brewers using modern manufacturing techniques. This is a more interesting perspective because for producers taking this path, it is not enough to believe that consumers might like their products—they also need to believe that enough consumers will pay enough money to make such businesses viable. 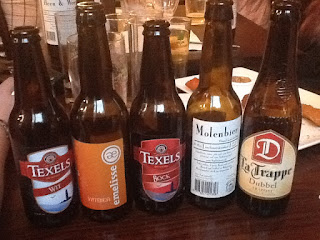 It turns out that the viability of smaller craft breweries is rooted in local variations in the products and processes of the beer industry’s past. This research was done in the Netherlands, which had a remarkable variety of beers and brewers in the 19th century, before the turn toward mass production of pilsner, a light and standardized pale beer. In the mid 20th century, when variation in the industry was all but extinct—and the industrial pilsner brewers had a stranglehold even on distribution—the flicker of the craft brewing industry we have today began with a return to the past in search of ways of brewing the distinctive kinds of beers available before industrialization.

Small associations of beer lovers, members of former brewing families, and home-brewing enthusiasts in the Netherlands were inspired by the growth of craft brewing in other countries, such as the United Kingdom and Belgium, and thought that the Dutch brewing industry had a history that could be reincarnated in a modern form. They wanted to restore local traditions through drawing on existing recipes and knowledge passed along in the brewers’ families. To them, craft brewing was a way of returning to the diverse tastes and artisanal production methods of the past, which was filled with community traditions such as local brewing. The breweries that opened because of these enthusiasts’ efforts were often literal copies or reinterpretations of the past.

These “reincarnated” breweries proved that craft breweries could be viable if their beer was sufficiently distinct, and so it opened the door to others who had different ideas. Some brewers thought that although the past might have been good, the world has moved on, and better-tasting beer can be made by using craft techniques as a form of artistic expression. These brewers had their own ideas of what beer should taste like, access to broad knowledge about craft beers in different parts of the world, and the ability to buy ingredients (such as hops and yeast) from anywhere. They appreciated the diversity of beers in the past but did not feel constrained to use only the ingredients, recipes, and processes that had been used in the past. To them, craft brewing was a way to express themselves as artists of taste, just as other artists express themselves visually.

Still other brewers saw technology as a tool that craft brewers could use just as industrial brewers did. After all, the mass production done in a large-scale brewery is a product of the industrial revolution 200 years ago, but current technology can be used very flexibly and precisely to customize products. To them, the history of craft brewing was also one of constraints, because the old breweries did not have access to the means of controlling production and testing the beer that are now possible. A modern craft brewer can, with modest investment, pursue perfection in the brewing without giving up on variety, because a modern craft brewery can easily switch between brews. To them, craft brewing was a way to reach perfection at small volumes.

Reincarnation means rebirth in a different body. This is exactly what happened in the Dutch brewing industry: the past was drawn upon as an inspiration, but the result was different and arguably more diverse than the past that inspired it, as craft brewing became big business and challenged the dominant players, transforming the industry in the process.