Apple Watch: The Computing Industry is making a Device that Will Follow Every Move You Make


There is now work underway to make smart watches both at Apple and other manufacturers using Android. In fact, many of them are already on the market. Chances are you don’t own one. They have not sold particularly well even though they are the size of a regular watch and can do additional tasks. People have not found them useful enough, but now a new generation of more advanced ones is coming along, and the makers are optimistic that this one will be a hit. Some securities analysts agree, and have estimated Apple Watch sales to be as much as 30 million units in the first year.

Why are the new ones different? Put simply, it is the software you can buy (the apps) that make the difference. They will be giving much more timely and relevant messages to you than those that earlier smart watches had, and will significantly increase the ways such watches can be used. Earlier smart phones were mostly for people concerned with fitness and health who need a convenient way of recording data about themselves (they will click the phone as soon as they wake up…). The new ones can also be used for shopping, social network sites, orientation and sight finding in an unfamiliar place, and even making payments.

A key feature of this application development, and the reason Apple is seen as the leader even before the launch, is that alliances of firms working closely together is needed for this launch to go well. A normal launch of a smartphone will involve sharing knowledge of the programming language and hardware so that the apps can run correctly, and is a familiar task that does not require alliances. The Apple Phone and similar devices have a range of new functions related to tactile feel (it can give information through vibration functions) that need to be understood in order to fully use them, and this requires close collaboration.

It also has functions related to location monitoring that go far beyond the GPS functions of existing smartphones. You may have thought your phone was accurate in locating you within a 2-5 meters – in fact, you may have thought it could locate you within one meter, but that apparent accuracy is just a guess based on the map information it has. This is nothing compared to what a smart watch can do when helped by locator systems that are or will be installed in buildings – the accuracy will be within a meter. And, it can follow your motion so that a locator system will know exactly how you walked around in a store. If you pay with the phone also, it can connect the pay information with the walking information to find out what you looked at but did not buy.

Impressive? Yes. Somewhat worrying? Well, I would certainly start thinking about when I let the phone give away my location information. Or maybe not buy one at all. I am impressed on behalf of what firm alliances can do, but I admit my feelings are mixed. This information collection is set up to be useful for the user of the smartphone and the owner of the locator system (usually a store, but not necessarily). Remarkably, it can do surveillance on people more accurately than anything a government has been able to build. 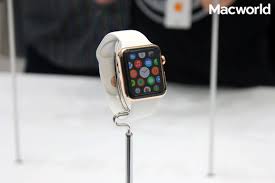