Fans usually watch soccer games with a great deal of excitement and passion. The players look excited too, even passionate. But remember, they are professional soccer players, hired and paid well to perform at top levels. Your local team may not be all that good (it depends on where you live), but the games broadcast on television involve top league sides that can hire elite players from anywhere in the world. Has it occurred to you that they may actually be more calculating than passionate when playing the game? 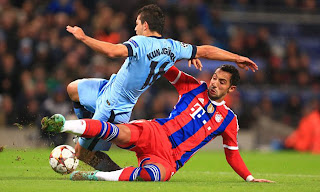 They are, at least most of the time. In a forthcoming paper in Organization Studies, Nils Rudi, Anup Walvekar, and I studied how soccer players foul each other. In other words, we studied how a soccer player decides to slide down, kick down, elbow, or pull an opposing-team player so that the referee calls a foul.

Fouls are an interesting topic, for a few reasons. First, fouls are against the rules of the game, but can benefit their team. They are a good comparison with other things employees can do that are illegal or immoral but benefits their firm in the short term, such as misleading or defrauding customers. Second, fouls are risky for the player. The referee is watching, and a violent foul not only gives a free kick, but also a yellow card to the fouling player. That can be very expensive for a player who gets a per-game bonus payment, as many of them do. Finally, fouls often look like acts of passion, as when a defending player slides into the attacker to knock him down.

So how do soccer players decide when to foul? Mostly they are rational. We were able to calculate the cost of fouling as change in likelihood that the team of the fouled player will score as a result of the foul. Intuitively, this is easy – fouls lead to free kicks, which can give goals. (Mathematically it is more complicated, but it is completely doable.) We were able to show that players choose are more likely to foul more the better it is for the team to do so. Not exactly surprising, except that the effect was quite strong. Many of you know enough about the off-the-field antics of some soccer players to doubt that they are fully rational, but on the field, they are complete professionals and experts in what they do.

But there are two exceptions, and both are interesting. First, there is the organizational goal of winning the game. Players and teams hate to lose a lead, and they foul less rationally when they are defending a lead. Second, there is the individual goal of looking good. Players hate to lose the ball, and they foul less rationally when they have just lost the ball to the opposing team. In fact, they completely lose their rationality if they are near the player who stripped them of the ball.

We know this because we can measure not only whether organizational and individual goals affect the likelihood of fouling, but also whether it affects how much the cost of fouling is taken into consideration. Defending a lead and becoming hot-headed after losing the ball both make the player think less of the cost of fouling. So, we know that in one type of organization with a highly expert team, decisions are made rationally except for when it really matters to the decision maker.

The Dick’s Sporting Goods chain store stopped selling military-style semiautomatic rifles after the Marjory Stoneman Douglas High School mass shooting. No wonder: the Stoneman terrorist had bought a gun from one of their stores. Even though he didn’t use it in the attack, the store was one decision away from becoming an accessory to a mass shooting of school children. 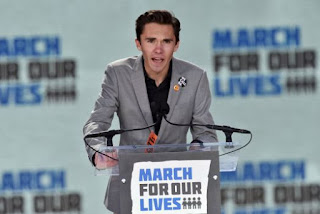 Gun control is an issue that provokes significant anger from people on both sides. People who advocate for stricter controls express anger over the lives lost and the failure to quell domestic terrorism. People on the side of no gun control express anger over losing their right to buy any weapon they like.

Not all social movements provoke the degree of anger gun control does, but we have more to learn about those that do. A recent article by Katherine A. DeCelles, Scott Sonenshein, and Brayden G. King in Administrative Science Quarterly shows us something new about social movements that provoke anger and how organizations respond to them. The authors find that anger related to a social movement affects the response of organizational insiders who agree with the social movement, but not in the way we might expect. In the case of Dick’s Sporting Goods, the organizational insiders would be employees who agree that gun control is necessary and that the store should limit its gun sales and/or have stricter background checks.

But this article points out that social movements invoking anger are different. Anger leads to a feeling of being under siege, so employees agreeing with the movement face a dilemma. They are angry too and would like to express it. Yet they also depend on the organization for work and pay, and they have reasons to fear that involvement in an angry social movement will lead to negative repercussions, whether from coworkers who disagree or from management. In other words, they have to decide whether an angry social movement is a good opportunity to punch for change.

The research showed that this conflict between anger and fear was resolved in favor of fear. While people outside the organization were more likely to act in response to the social movement when they were angry, organizational insiders were less likely to act. This was because greater anger also led them to fear negative consequences of acting. Employees often did not act on their anger but instead sought to protect themselves. In other words, they decided that the best response to an angry social movement was to block punches that might come from management, not to punch for change.

In Dick’s Sporting Goods, change happened. Not only did they stop selling the semi-automatic rifles that are favored by mass shooters, but they also destroyed them. They are considering stopping sales of guns of all types in their stores. Why did this happen? The decisive factor was that, angry or not, the CEO got on the side of the social movement. Management does matter, especially when there is controversy and anger.

Angry Friends: How Past Collaboration Can Increase Conflict

Let’s look at something that most of us would agree is true: People and firms that have collaborated in the past will treat each other better in the future. This behavior is widely accepted to be true in business, and plenty of research evidence backs it up. It is part of what we call network theory, where one of the central ideas is that past collaboration or contact between two people creates a tie between them that facilitates future collaborations.

Like all things we believe to be true, we think about this one only when we see that it’s not. A recent article in Administrative Science Quarterly by Jose Uribe, Maxim Sytch, and Yong H. Kim looks at collaborations among lawyers. In most collaborations, people or firms work together for their own benefit. Lawyers also seek to benefit themselves, of course, but they do so by acting as representatives for others. In this paper the lawyers represent firms involved in disputes over intellectual property, which can be a very important and potentially valuable form of legal action. 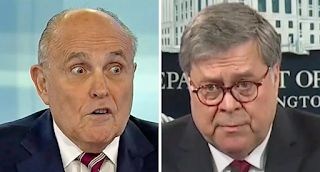 A past collaboration means that the lawyers have been on the same side in an earlier lawsuit, usually representing different firms that have the same goal. This study considers what these lawyers do when they later represent firms on opposite sides of a lawsuit. One might think that lawyers who have collaborated in the past will treat each other better and come to a better solution in a shorter time. This is possible, but if the firms they now represent are strong rivals, the opposite happens: The lawyers are more aggressive if they have collaborated in the past. That means longer time to settle the case and fewer cases settled out of court.

Does this make sense? It does not if we assume that the firms observe and care about only the final outcome of the case. This article shows that having more-aggressive lawyers on each side typically leads to worse outcomes for both sides, such as dings to their stock prices. But it turns out that firms also look at their lawyers’ history with the other side’s counsel and care about the process, not just the outcome, and that is where things go wrong. Lawyers who have collaborated with opposing counsel in the past know they need to prove their loyalty to their current client, and the easiest way to do so is to be aggressive – the firm is watching the process and will see this as a sign of loyalty.

The results of this research do not mean that what we know about collaborations is wrong – only that it is incomplete. A history of collaborating would likely make most lawyers want to collaborate, but they are trapped by the need to prove loyalty to clients that are strong rivals. There is no way out of this trap, which also hurts the client, but they can make it less serious by agreeing to act collaboratively on smaller procedural steps that simplify the case for the judge and lawyers but are not inspected closely by the client. And indeed, some lawyers did exactly that, presumably because they still wanted some level of collaboration and also knew that this would be better for the client.

So we still know that past collaborations make people want to treat each other better, but the role of representing someone else can reverse that. To represent someone you need them to trust you, and if that takes some aggression against a past collaborator you will consider doing that. At least if you are a lawyer.