Lean in or Lean out? Unfair Treatment Stops Women’s Careers in Many Ways 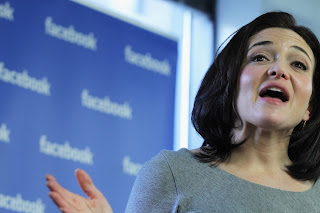 We have by now learnt a lot about how women’s careers are held back by unfair evaluation and promotion procedures, and it gets worse at higher levels in the organization. The glass ceiling exists at some point before the executive suite, unless we are talking about the more symbolic executive offices that are seen as good women placeholders. Women know this too. A centerpiece in the discussion about women’s careers is the book “Lean in: Women, Work, and the Will to Lead” by Cheryl Sandberg, COO of Facebook, which offers career advice for women to get ahead. Many women took the recipe-like advice as a way to behave more like men, in order to the get ahead the way men do. Others asked whether title “the Will to Lead” and its focus on women’s behaviors was a way of blaming the victims of a system set up to make them fail.

It is fair to say that the discussion of that book is a sideshow for most women with careers. They care about the hiring and promotion decisions that they are exposed to, and they doubt that these are fair. That makes sense: why should they be any different from the others?  Chances are that they have been hit by unfair promotion criteria at some point in their career.

Now research by Raina Brands and Isabel Fernandez-Mateo in Administrative Science Quarterly has revealed a cruel twist on this story. In turns out that people adapt their behaviors to the fairness of the system they are in. If they are treated fairly, they will reach for opportunities. If they are given signals that they belong in a group, they seek to join it. And once you think about those two mechanisms, it is obvious what happens to women seeking executive positions. They are not treated fairly and felt to belong, and the rejections from positions that they (often) should have gained discourages them from reaching for new opportunities. After all, who plays a losing hand? Naturally this accumulates over time, because more experience means more rejections, so exactly the women best placed to become executives are most likely to think they cannot reach that level.

This is not just a story about women. Unfair treatment can hold back a group in the short run. In the longer run it creates discouragement and resentment, and the members of the group starts holding themselves back. They are leaning out of the unfair
system, looking for better places to work. The labor market gets split as they avoid the career paths with unfair treatment, and organizations need to fill their positions from an increasingly narrow and less talented pool of applicants. The firm that shows through its hiring that it has a problem with female, black, Muslim, and Hispanic job applicants will learn the long-term consequences of narrow hiring.

Probing the Protests: Firms can learn to Avoid Activists 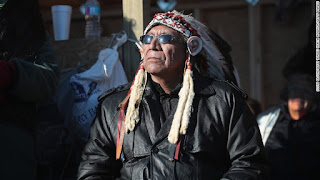 Often we see popular protests against firm initiatives. Recently the Standing Rock Sioux tribe and environmentalists organized protests against the planned Dakota Access Pipeline, which was scheduled to run through sacred grounds and across a river. The project has been suspended not because of protests, but because the Army Corps of Engineers blocked the measure needed for it to be legal. Could the construction backers have understood that the pipeline routing would lead to protests? In retrospect it seems obvious that an oil pipe through sacred land would be seen as a rough equivalent to an oil pipe through a church, and would lead to some anger. But the more general question is, can firms learn to avoid provoking activists?

It turns out there is research showing that such learning happens, at least for firms that are experienced with protests. An article in Administrative Science Quarterly by Lori Yue, Huggy Rao, and Paul Ingram studied the combination of two events: protests against Wal-Mart Inc. store development proposals and subsequent Target Corporation filing of store development proposals. This sounds complicated, but it is a really simple sequence. Walmart needs to file a proposal and have it approved in order to open a store (stores are big projects). After a proposal is filed, there can be protests against it (many dislike the idea of a nearby Walmart store), and Walmart can then decide whether to stop planning for the store. Walmart is known to file many proposals, and has a pattern of probing for places that are “protest-safe” by the seeing whether there is a protest or not.

But in our sequence, the next step is to see what Target does if there is a protest after Walmart’s filing. Here it gets interesting. For Target, it could be a simple rule to just avoid places with protests. In fact, they found that Target does avoid places with protests, but it was also learning in smarter ways. First, because Target knows that labor unions are uniformly unhappy with large low-price (and low-wage) department stores, it pays less attention to union-organized protests than to protests from other local groups. Second, it distinguished between protests that specifically paint Walmart as evil, versus those that are against any large store. Target is likely to enter when protests are specifically against Walmart, but to avoid places with protests against big stores. So, Target learns as much as possible from each protest.

And Target is even more sophisticated than what I just wrote. These learning patterns are what Target uses for locations that they are not familiar with, so they need to use protests to learn instead of relying on own local knowledge. If Target already has knowledge about a location, it ignores the protest and goes ahead with its own plans based on the commercial promise and its own assessment of risk.

Clearly, a corporation needs to be pretty unpopular (and to have unpopular peers) to become this good at learning from protests. And equally clearly, protests are not just temporary solutions, they are also signals that firms pay attention to and learn from. Protests have a deterrence effect, just as proposals have a probing goal.