How Does Knowledge Speak to Power? Friendship First 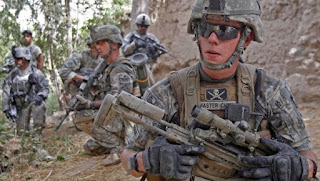 Here are two facts that should open your eyes. First, more than a decade of Iraq and Afghanistan warfare has increased the mental health diagnoses in the U.S. military by 65 percent. Second, a mental health provider will recommend treatment of an unstable soldier, but the military commander can still send the soldier out on a mission – fully equipped with service rifle, grenades, and sidearm. This sounds like an extreme case, but it is actually an example of a common problem. Organizations use experts for many purposes, including those who control risks to human life, equipment, or finances, but the experts are often just advisors. The actual authority rests with the line manager in charge of operations.

The difficult relation between the non-authority expert and the authority non-expert is important to understand because the whole point of experts is to take advantage of their expertise when needed. Now we know more, thanks to an article by Julia DiBenigno in Administrative Science Quarterly. She investigated the example I just gave: U.S. Army mental health providers and their relationship with line managers (commanders) who decide how soldiers are used or treated. This is a follow-up of an earlier article byDiBenigno showing that organizational procedures can be used to help create a more successful relationship. But even in organizations that are set up correctly, individual experts can still fail to reach the powerful line command.

The main difference between success and failure was timing and speed. The mental health providers had a wide range of tactics to gain access to the commanders and subsequently gain their trust. What tactics they used depended on their resources. Because the army values military experience, anyone with military service or endorsement could use that to be recognized as an insider. Because the army values manhood, participating in rigorous training signaled commitment. Because the army values rank and protocol, learning and strictly following these helped communications. Doing each of these things quickly was essential because any specialist will sometimes make recommendations contrary to a commander’s wishes, and it is essential to build rapport before the first conflict happens.

A worrying implication of this research is that so much depends on the personal characteristics and initiative of each expert. Two-thirds of the provider–commander connections were good enough that the commander often followed the provider’s recommendations. What about the soldiers under the command of the other one-third of the commanders?  One-fifth of the providers were currently serving in the military, giving them a great advantage in gaining commander trust. What about the other four-fifths of the providers? Half the providers were female, in a context where gender is very meaningful. They would start out at the bottom rung of the trust hierarchy but could climb by, for example, participating in training. The men started out higher on the trust hierarchy but might fall quickly if they didn’t prove their manhood.

All these findings suggest that the expert’s path to influence is a complicated one in organizations. My intuition is that it is probably worse in many other organizations than the army, for two reasons. First, the army is a pretty nonpolitical organization if we go far enough down the ranks – its culture of valuing “straight shooter” communication rather than intrigue reduces intra-organizational politics. Second, an army at war has an external enemy and an understanding that all insiders – even mental health care providers – are on the same team.

The best advice to line managers from this research is to pay very careful attention to the experts, because many of them will not know how to gain trust and communicate their concerns. They need managerial attention and help, and you need their expertise.

We often see signs of organizational competition in the market turning into battles fought on multiple fronts. Apple and Samsung have good-looking telephones that compete vigorously in the market, and their lengthy Patent War is famous. Ride-sharing firms Lyft and Uber compete in the market but have also accused each other of covertly placing fake orders and then canceling them. They also fought in the media when Uber used taxi workers’ protest against the U.S. immigration ban as a business opportunity: Lyft struck back with a strong stance against the morality of Uber’s efforts and made a donation to the ACLU, which accelerated the trend of #DeleteUber across social media.

Just how far will organizations go in such battles? A forthcoming article by Benjamin M. Cole and David Chandler in Administrative Science Quarterly looks at the famous War of the Currents between Edison and Westinghouse and finds ample evidence of how such battles can escalate. The War of the Currents started when Westinghouse realized that the Edison direct current (DC) electrical system could not be used for long-range transmission of power. He obtained the necessary patents for alternative current (AC), which transmits much more efficiently, and his company was soon a major competitor of the Edison companies. The market competition expanded into a full-blown rivalry when Edison started using competitive slander to turn media and consumers against AC and Westinghouse.

Edison’s recipe was simple: Make the newspapers publish stories about experiments showing that AC easily killed dogs and other animals, so that people would associate AC with danger—unlike the safer DC. A simple strategy, but also a grotesque one. To make it work, he needed to conceal his association with the experiments, having an electrical engineer act as the front man, and also make them seem legitimate by conducting them in famous institutions’ facilities. As a final step, his company made direct contacts with politicians who could influence the marketplace.

The campaign worked because it was well orchestrated and because Westinghouse initially thought there was no need to strike back. This left Westinghouse exposed, and when his company did respond, it chose an ineffective approach—directly countering the Edison attacks through attempts to discredit the message and expose Edison’s methods as sensationalist and immoral. This was ineffective because Edison had chosen a vulnerable point to attack: although killing dogs is immoral, it correctly illustrated that AC is more dangerous than DC at comparable voltages.

I suppose we could have all ended up with expensive DC as a result of this rivalry. But in the end, Westinghouse won by returning to the foundation of the AC advantage: it is a superior system for distributing electrical power over long distances. He won the bid to illuminate the city of Chicago as part of the World’s Columbian Exposition. He sank considerable resources into the contract, making it a financial loss but a spectacular success as a PR event for AC and for Westinghouse technology. Soon after, AC dominated and even Edison started marketing AC systems.

The War of the Currents has many lessons for current organizations, and I want to highlight one disturbing and one promising lesson. The disturbing lesson is the effectiveness of attacking: when the attacker picks the target well and is willing to go far, the rival is very likely to get hurt. The promising lesson is the effectiveness of sticking to basics: when the rival emphasizes its own strength rather than countering the attack directly, its chances of recovering are best.

Cole, B. M., and D. Chandler. 2019.
"A Model of Competitive Impression Management: Edison versus Westinghouse in the War of theCurrents." Administrative Science Quarterly, forthcoming.
Posted by Henrich R. Greve at 5:04 PM 1 comment: