Virtual Teams: When Can They Innovate?

Some claim that more than half of all professional employees are now in virtual teams, where virtual means that one or more of the following is true: 1) team members are dispersed, 2) team members communicate electronically, and 3) team structure is shifting over time. I am the member of such teams, and my teams are also multinational  (some count that as a dimension of virtualness too). All of these factors make it harder to manage teams, and especially hard for teams that innovate rather than perform standard tasks. Why? Because teams that innovate need close communications in order to share idea, develop them further, and avoid misunderstandings along the way. Distance, in any form, makes this harder.

So why let innovating teams be virtual? Part of the reason must be that managers are confident in the results. However, research in Administrative Science Quarterly by Christina Gibson and Jennifer Gibbs looked at the issue and found that there are significant drawbacks in making teams virtual. Along each dimension of virtualness, teams lost some innovation ability. But importantly, they also found that this negative effect could be reduced. If the teams were managed in a way that made communication psychologically safe, there was still reduced innovativeness in more virtual teams, but less reduction.

Psychological safety is a simple idea because it just means that team members should be able to say things without fear that other team members will react negatively, even if they are not sure that what they are saying is correct. This is important because when doing innovations, it is normal to be in doubt, but important to bring up issues, especially those that are uncertain, because innovation comes from testing out and resolving uncertainty. So, this is very useful research, with clear implications for how one can design teams for innovation. 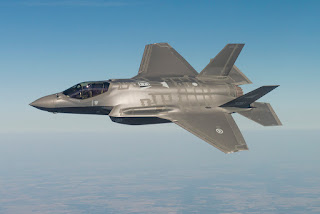 The research also has two other features I wanted to mention.  One is that the research is 10 years old, but still an important insight. Good research stays current a long time. The other is that part of the research was done on a fighter aircraft budgeted to 200 billion, so obviously a context calling for highly innovative teams. They don’t say what aircraft it is, but I can guess because I happen to know about an aircraft program that was budgeted to 200 billion but now costs 400 billion. Psychological safety in virtual teams makes a difference... The picture of my guess on the aircraft is in this post.