Have you ever thought of how easy things are for physics researchers? The laws of physics have stayed pretty much the same through the entire history of the discipline of physics. The only significant change is that researchers have gained better theory for understanding them and better tools for testing the theory. Lucky them. 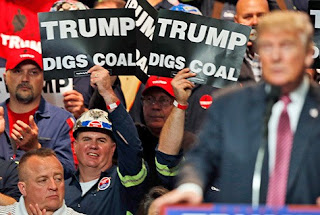 They focus on technological revolutions, which may be the most decisive influence because other factors (like people and laws) often follow. Just compare the work of coal miners (whom the president sees as important for the future of the U.S.) with computer programmers (the present and future of India). Coal miners work in rigid hierarchies with clearly defined processes because of the safety concerns and communication difficulties they face, and they also face highly mechanized work that requires them mainly to serve their tools. They are an extreme case of the factory, which has its own set of theories that solved many problems 100 years ago but are now barely taught, though their insights survive in mines and factories. Computer programmers are organized in groups with clearly defined tasks but full freedom to design the solution and the process for arriving at the solution, and they face a knowledge-based, communication-heavy workplace in which people create and use intergroup networks to assemble and use knowledge. They work in network organizations, which have their own set of theories that are slightly more recent than the explosive growth of such workplaces. 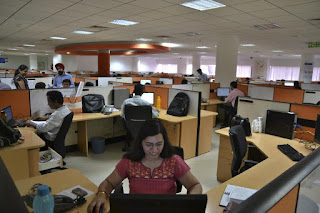 Every time a technological revolution happens, existing theories begin to fail because they address the wrong kind of organization. The failures are recognized by scholars, who then start building new theories for the new reality. Often spurred by visible problems in organizations, they recognize that the new problems are different. They try to find theoretical solutions to these problems and test them, finding that many are wrong but some are right. As the research accumulates, science proceeds as usual and the best models are agreed on. Then these models are spread, first within the community of scholars and then to the practice of management. Because it takes a while to go through these steps, the period after any technological revolution is one in which few people know enough, though many – both scientists and managers – think they know a lot. The laws of organization have changed, and we need to find the new ones.

So, physics scholars really do have an easier job than management scholars. That’s pretty obvious. What is less obvious is that when we hear some entrepreneurs leading major web-based businesses complain about the uselessness of business schools, they are half right and half wrong. The right part is that researchers are catching up, so the schools clearly know less about their business than about coal mines, or even software outsourcing firms. The half wrong part is that they don’t know, either – it is possible to be right about a decision without knowing why – and scholars will soon catch up and know this technology and its organizations well.