Action, Embodiment, and Mission: How Leaders Can Make Work Meaningful 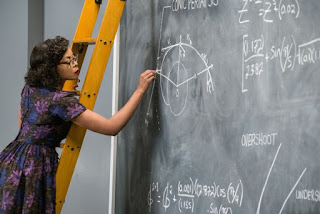 Here is a story that may or may not be true: John F. Kennedy met a custodian mopping floors in the NASA headquarters after normal work hours and asked, ‘‘Why are you working so late?’’ The custodian responded, ‘‘Because I’m not mopping the floors, I’m putting a man on the moon.’’ The story is almost too perfect to be true, but it is a close match to historical events that show how the U.S. space program gained its remarkable success, and it offers important lessons in leadership.

In a new article in Administrative Science Quarterly, Andrew Carton reports on Kennedy’s leadership of NASA in the 1960s, which culminated with the moon landing, and key lessons it offers to leaders today. At the center is the knowledge that when people find meaning in their work, everyone benefits: the organization benefits because its employees work harder and smarter, and they benefit because work is a big part of life and success and meaning at work increase well-being. So what’s the dilemma? Usually meaning is best gained from a great goal, but such goals are often abstract and distant from any one task at work. Linking lofty goals to concrete actions is difficult to begin with, but it gets harder as the goal gets loftier. So meaningful work is wonderful, but it’s hard to create.

Here are two examples. First, Amazon seeks to give meaning through its goal of being the earth’s most customer-centric company.  How easy is it for this mission to give meaning to one of its distribution center workers, who could be pulling products from shelves or overseeing a robot pulling products from shelves?  Second, it is part of INSEAD’s mission to reduce poverty in the world, because economic growth is the cure for poverty, and improved management helps economic growth. But the daily work of INSEAD professors and staff is still education.

Kennedy found a way to direct NASA that provided a simple, powerful, and very general way to address this dilemma. First, he distilled NASA’s mission to one of advancing science. But advancing science is not the daily work of a custodian, or even of an expert in electronics who is designing control circuits, so the gap between the lofty goal and concrete actions remained. So in between he placed the concrete objective of a manned mission to the moon before 1970. That concrete objective was not the same as advancing science, but it was an embodiment of the advancing science mission that staff members could more easily relate to. From that embodied objective more concrete plans and projects could be rolled out, and anyone working for NASA – even outside NASA – could gain meaning through connecting to them.


There are other important leadership lessons in the article, but the idea of finding a way to embody an overall mission in a more concrete objective is the most important one. It is also related to an essential insight in management. Much management practice centers on fluffy performances such as missions, speeches, goal statements, and quick tours and interactions. None of this helps if it is disconnected from the activities and meaning of organizational members.  All of it contributes to success if it is oriented toward the embodiment of concrete activities that people can use to choose actions and construct meaning.

Carton, Andrew M. 2017. "“I’m Not Mopping the Floors, I’m Putting a Man on the Moon”: How NASA Leaders Enhanced the Meaningfulness of Work by Changing the Meaning of Work." Administrative Science Quarterly: forthcoming. 0001839217713748.
Posted by Henrich R. Greve at 7:15 AM