Harm to Similar People: What Awards Can Do

I recently discussed in this blog how status and prestige can do good things for a person, an organization, or a product. This effect has seen much study because it is a social fact that is very influential, and it seems arbitrary and illogical. Identical items are valued differently by supposedly smart people. We have lots of evidence that status gives benefits, including to those who are in some way connected to others with high status. To be seen with the elite is to gain some elite-ness, and casual observation of how people crowd the most prominent people in receptions will tell you they know that. 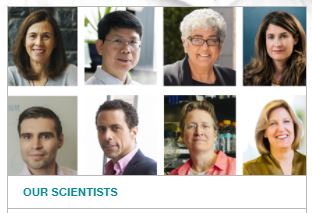 Can status also cause harm? A new article in Administrative Science Quarterly by Brian Reschke, Pierre Azoulay, and Toby Stuart found an example of this. They looked at the very prestigious appointment to the Howard Hughes Medical Institute (HHMI), which marks appointees and their research as especially accomplished, so much so that it can be used to predict future Nobel Prizes. Receiving this appointment is clearly a good thing. But what happens to those who are doing similar research but were not appointed to the HHMI? Is the similar research a connection that lets them gain some status? Or does it mark them as losers in a race for who is most important and should receive attention? Even worse, does someone else’s HHMI appointment determine what the final answer to a research question is, so that others conclude that this question can now be ignored?

Of course the blog title gave it away: prizes harm the status of similar others. Once a prize is announced, their work is seen as less and less important—their influence erodes. This erosion increases over time, and it is greater for younger (so less established) similar work. This is important to learn about on its own, because it is so different from the positive “status contagion” that we are used to finding. But there is also an exception to this finding, and it is just as interesting. Circling back to the logic that being near the elite can give some elite-ness, a prize might be able to bring recognition to similar others, and through that give them status. Resche, Azoulay, and Stuart found that can be true, but only if the similar others have little recognition to begin with. Once their work is established enough to be seen as important, the prize has negative effects.

So, prizes can give status to the less established, lifting them up. More often, what prizes do is to settle who among the established are most important, bringing one up and pushing the rest down. Anyone working in an area in which prizes are given—and pretty much any occupation or industry that involves design has prizes—will appreciate this research, because it confirms a basic intuition. You should hope to get the prize and fear that the prize is given to someone like yourself.