My Brother Is Bigger Than Yours: The Power Dynamics of Alliance Expansions

Interorganizational collaborations exist because organizations are compatible with each other and have complementary resources. That starting point makes collaborations sound friendly, as the word collaboration suggests, but things are never that simple in business. Each organization also has its own interests, and there may be enough conflict among them that power relations matter. How does that influence who gets added to an alliance when more members are needed? This is a very interesting and practical question answered by Lei Zhang and Isin Guler in a recent article in Administrative Science Quarterly.

The key to answering this question is to look at all the organizations that could enter an alliance as one big network and consider all the connections among them. Have two organizations collaborated before? If so, they may have had a conflict in the collaboration, but it is even more likely that they have learned to get along and have benefited from each other. That builds trust, as well as friendships among their executives. Have they collaborated many times? If so, they are especially likely to trust each other more than they trust others. They can be seen as political allies even when they operate along with other organizations in a collaboration. It’s a lot like the politics seen when children play. The closest friends are allies when playing in larger groups, and some groups prefer not to add such pairs of friends. 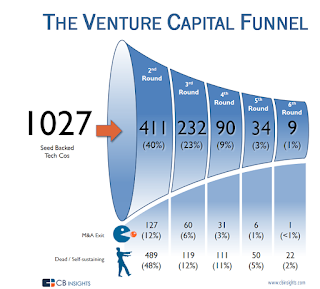 This was exactly how U.S. venture capital syndicates grew. Syndicates regularly add members because they need more money and the members prefer not to concentrate too much funding in a single venture, but every addition is a political calculation. Many prior collaborations with partners made an addition more likely, but not if the collaborations were with some members but not others. So, the syndicate members strengthened the collaboration by recruiting trusted new partners but were careful not to strengthen any one member’s power too much by adding members that were too closely tied to one member and weakly tied to others. Interestingly, there was an exception. A syndicate member with high status could influence new member additions so much that it could recruit friendly firms that were not close to the others.

Why all these politics when putting money into a firm? The neatest part of this study is that Zhang and Guler interviewed the venture capitalists and heard them explain why they cared who they collaborated with. It starts with the role of venture capitalists in advising and governing the firms they finance, which is a much closer relation than many other forms of financing. Because they support the firms so much (or meddle so much, depending on your point of view), they have strong views on what should be done with each firm, and they vary greatly in how much they trust the advice given by other venture capital firms. Venture capital syndicates resemble cars driven with many hands on the wheel and many feet on the accelerator pedal, so trust and agreement among the members matter greatly.

Zhang, L., and I. Guler. 2019.
"How to Join the Club: Patterns of Embeddedness and the Addition of New Members to Interorganizational Collaborations." Administrative Science Quarterly, forthcoming.