How Revolutionaries and Discoverers Act in an Emerging Industry

In the age of discovery, Europeans set sail to explore and conquer a world that was then filled with uncertainty and potential. The leaders of expeditions each acted very differently, generally as a result of their own inclinations, and these days we often classify them as revolutionaries and discoverers. The revolutionaries wanted to change the world and capture parts of it to be exploited by themselves and for the Crown. They were relentless and focused, much like Hernán Cortés who overthrew the Aztec empire. He beached and later burned his ships to commit everyone to his venture, and he disobeyed his own governor’s order to halt the expedition. Cortés was a driven man who overthrew an empire and helped create another.

The discoverers wanted to understand the world, like Captain Cook whose many expeditions included one that circled the globe near Antarktis to discover (but eventually disprove) the giant continent Terra Australis. Along the way he mapped the actual continent Australia and many other places he found, returning to great fame and adulation for his flexible and decisive planning and excellent maps. He was unwilling to stay home, however, and embarked on one more expedition that ended in his death. Captain Cook was a driven man who helped an empire understand the world better. 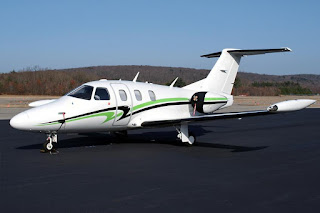 In an article in Administrative Science Quarterly, Tiona Zuzul and Mary Tripsas analyzed four new firms in the emerging industry of airtaxis and found that two of the firms were led by revolutionaries and two by discoverers. The revolutionaries wanted to use the formation of a new air taxi service to change the world. The discovers wanted to explore what new demand the new service could capture. Although these were pioneering firms in the same industry, they acted very differently because of their founders. The difference speaks to an old debate in organization theory: which firms are able to change their strategies, and which firms are too inert to do so even when facing threats to their existence?

Usually new firms are thought to be flexible, and especially firms in emerging industries, because they face environments with so much uncertainty that strategies may need to be torn up and replaced regularly as new information becomes available. But that’s not how revolutionaries think and act. The two firms founded by revolutionaries in this study kept their strategies with minor adjustments and even made strategic changes that deepened their commitment to the existing strategy. They maintained the differences from jet charters that in their minds defined the new industry. They stayed committed to their innovative optimization software, selection of airports, and selection of aircraft. They communicated their strategy so clearly and consistently that potential customers also saw them as committed. And both companies failed quickly.

Discoverers think and act differently. The two companies they founded kept changing their strategies, in many cases bleeding into some overlap with charter jet business practices and equipment. They did not commit to the initial strategy at any time. Their communications were never clear enough to fully define to potential customers what exactly they were doing and not doing. Their actions broke rules for strategy (be clear and consistent) and marketing (communicate who you are) but kept them flexible enough to take advantage of new opportunities and pull back from threats. So far only one of them has failed, and it did so after operating longer than either firm led by a revolutionary.

So, will firms led by the modern equivalent of Captain Cook always win? Let’s not conclude that. Clearly, they are more flexible than those led by Cortés, but flexibility also has costs. Inertia is excellent if the first idea is by chance correct. I would usually place my bets on the discoverer, but I also know that Cortés lived long and Captain Cook was killed.