Will an Unprofitable Airline have Safe Planes? 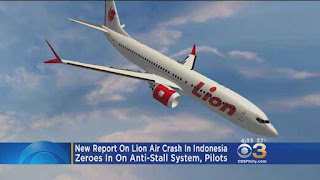 Do you feel safe when you board an airplane for a flight? Typically we do, as we should because air travel is much safer than driving. Well, safer per mile (kilometer), but airplanes are much faster than cars, so per minute the difference is less impressive. And occasionally we get disturbing news like the two crashes of 737 MAX 8 aircraft, one of Boeing’s latest models, with a technical problem being the reason for the crash. We need the speed and convenience of air travel, for a reasonably priced ticket, but we also want aircraft builders and airlines to keep air travel as safe as possible. Are they doing that?

In the research paper“Safe or Profitable? The Pursuit of Conflicting Goals” that will be published in Organization Science, Vibha Gaba and I looked at that question. We knew that aircraft models build up different safety records through their years of operation because some models never (or hardly ever) crash, while others have more crashes. Airlines have this information, but do they act on it? It is expensive to sell an aircraft when it turns out that its model is doing less well in the air than other models, and tempting to hold on to it because the differences are small. Even models that have twice the usual crash rate are safe to fly, nearly all the time.

We found that airlines treat safety as a goal, and act on this goal. They buy and sell more aircraft when their fleet safety is lower than the average airline, and these transactions improve the fleet safety. The simple rule is “out with the bad, in with the good,” and if your fleet is good to begin with, hold on to your airplanes.  This is good news, but there are two complications in this picture.

The first complication is profit. Airlines also would like to be profitable, and these aircraft transactions cost money. Will the less profitable airlines hold on to their less safe models in order to save money? Actually the opposite is true – unprofitable airlines are particularly concerned with fleet safety, while profitable ones pay less attention to it. This sounds like a paradox but is easy to explain. An aircraft crash and loss of lives is very costly for an airline. A profitable airline can handle this cost without going out of business, but it could be fatal for an airline that is already. Aircraft safety is about survival for airlines too, at least some of them.

The second complication is the buyer. It is easy to buy safe aircraft, because both the aircraft maker and some airlines will be happy to sell. But how to sell aircraft models that everyone knows are less safe? Here we need to confess that our data are from airlines in the more developed parts of the world, not from the whole world. It is well known that less safe aircraft models and older airplanes are found in many developing nations. Some are also rebuilt and used as freighter aircraft.

So what can we learn from this? The most important lesson is that safety is maintained because firms view it as a goal and act to maintain it, at least up to the same level as other firms. They treat safety as a goal because society keeps on eye on safety and reports on unsafe events like accidents – so the media and our own choices in response keep the airlines, and other companies, focused on safety. The second lesson is that profits are important, but not in the way you might think. Profit gives safety for the firm, but that safety does not translate into safety for its customer. On the contrary, it is the unsafe firm that is compelled to provide safety to its customers. Those are important lessons in management, and they will also make me think more carefully about the choices I make as a consumer.

For those interested in the technicalities of the 737 MAX 8 crash, here are some details (which may change as the investigation continues). The 737 is a small airplane with wings mounted low, so as larger engines became popular for their greater fuel efficiency, engine placement has been a problem. There simply isn’t much room between the engine and the ground, so the engine is mounted more forward than is conventional. With the MAX model, an additional problem is that an increase in thrust from the engine can push the nose too high because the engine is low relative to the rest of the plane. A too high nose can cause a stall, which means that the wings no longer lift and the aircraft goes into freefall. To prevent this, the MAX model has an automatic stall prevention software, which makes adjustments to push the nose down when it rises too high. This system works even when the pilot tries to lift the nose. The system relies on an accurate reading of how high the nose is (angle of attack), and if the sensor measuring the angle of attack is incorrect, the system can incorrectly push the nose down. If that happens, the pilot needs to turn the stall prevention system off and fly without it. The system is designed to override the pilot, so it is not possible to pilot against it. Currently the Lion Air flight crew are suspected of failing to turn the system off, and Boeing is suspected of failing to teach crews how to turn the system off. The Ethiopia Flight crew did turn the system off and tried to fly manually as they were supposed to, but the manual controls are extremely difficult to use during takeoff because the airflow pushes against the horizontal tail.
Posted by Henrich R. Greve at 5:18 PM