They say that computers will not replace workers but instead become their bosses. It makes sense. Humans can do many things that computers cannot, but computers are more rational decision makers. That presents all sorts of problems for the humans who have an algorithm for a boss. Praise and ingratiation do not work anymore because algorithms don’t have emotions, only data and processing rules. Algorithms give no explanations of what went wrong and encouragement to do better, or at least not the type of explanations that make sense to a human. What to do? 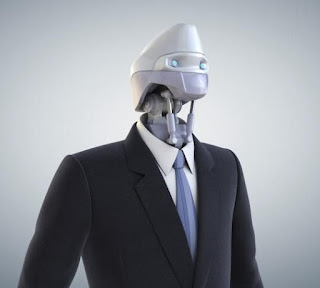 This question is the topic of a recent article in Administrative Science Quarterly by Corentin Curchod, Gerardo Patriotta, Laurie Cohen, and Nicolas Neysen. They looked at eBay sellers, who are a good example because they had algorithm bosses long before the Uber drivers and Upwork programmers did. As you might imagine, they found that algorithm bosses can be quite difficult.

The main problem with algorithm bosses is their power. They make decisions based on rules and data, and no one can question or appeal their decisions. For example, they can downgrade eBay sellers or even exclude them from the platform if buyers’ feedback is poor. But what if the data are manipulated? For eBay sellers, that is a serious problem because buyers can rate the sellers, which means they can use the threat of low ratings to negotiate better deals. There are ways to use the algorithm to detect manipulative buyers, but these don’t work well because such buyers understand the algorithm well enough to avoid detection, such as by changing identities. That leaves sellers vulnerable because they can’t change identities, so they are stuck with the buyers’ manipulation and the algorithm’s power.

From an eBay seller’s point of view, the algorithm as a boss starts to look like a prison. The boss is always right, even when the data it uses are wrong, and the data are often wrong because buyers use the system to manipulate the seller. There is a way to appeal, but the answers to appeals also sound like they come from an algorithm: eBay can’t monitor buyers’ behaviors because it is a platform that helps buyers find sellers, not more than that. It is not in the business of policing people.

So what to do when the boss is an algorithm? The eBay sellers know the answer, and their approach will work for others too. With human bosses, you manipulate emotions. With algorithm bosses, you manipulate the data. eBay sellers with some experience are always on the alert for buyers who look suspicious. Maybe their profile matches that of a known manipulative buyer. Maybe the buyer is very recently registered, as would happen if someone changes identities often. Maybe their behavior matches that of a manipulative buyer – the tone or content of email messages before agreeing to buy gives out warning signs. In each case, the response is the same: refuse to sell to that buyer, avoiding the risk of buyer data manipulation. Naturally, these refusals to sell are a form of seller data manipulation because they are done to avoid low ratings.

Of course, eBay sellers protecting themselves by excluding buyers is bad news for buyers who are innocent but match the profile of manipulative buyers. That’s not news in management research, because we know that workers who need to protect themselves against overly powerful bosses end up harming someone or something else. Making the boss non-human does not change the problem for the worker or their need to solve it one way or the other. I find it interesting to see that one can take human bosses out of organizations without also removing the problems that human bosses cause.