Light ’em Up! How to Win Stigmatization Battles

What if you are selling a product that is stigmatized by many, yet you think it benefits society? Life insurance used to be that type of product, because gaining money from someone’s death was deeply sinful. Most who have driven around Silicon Valley have a similarly negative view of fully autonomous vehicles (they are VERY annoying to have around), yet they already drive more safely than cars with human drivers and are not that much slower.

Many organizations are dealing with products that have varying levels of stigmatization, so this is an important problem to solve. Thanks to research by Olga M. Khessina, Samira Reis, and J. Cameron Verhaal published in Administrative Science Quarterly, we have a better idea of what works best. They looked at firms that are still highly stigmatized by many – marijuana dispensaries – and asked the question of whether they benefited from subtle or brash self-presentations. 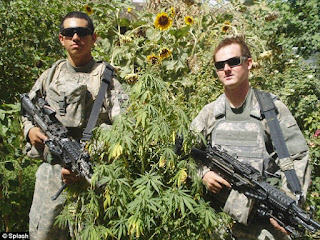 The question is important because the self-presentation shapes how customers respond in three ways. First, through shop naming, location, and design, the dispensary can make it easier or harder for potential customers to enter, given that some people are interested in the product but also worried about becoming stigmatized as, well, dope-heads or whatever the fashionable denigrating term happens to be. Second, a shop that is seen to celebrate its identity as a seller of marijuana can influence customers’ thinking, because its celebration can be a source of pride that counters the stigma.

The third mechanism is especially important. People influence each other very powerfully, especially when there is no clear profit motive (unlike the influence from a shop to a potential customer). Maybe when some of the shops celebrate their identity, that makes it easier for their customers to openly do the same. If that happens, the influence among people can greatly reduce the stigma.

The conventional belief is that a store selling stigmatized products, or even just controversial ones, should keep a low profile. The California dealerships selling three-ton trucks to consumers are often placed away from where the Priuses are found, and the Hermès-ish bags in Paris are not found near rue Saint-Honoré. Any benefits from being open would surprise a lot of people. But surprise is exactly what the data offered. Stores that openly celebrated their products increased acceptance of marijuana in their local communities. Customers posting online store and product reviews with more open discussion of the products increased acceptance of marijuana in their local communities.

These findings are not the same as saying that each of these stores benefited directly – the data are not fine-grained enough to allow that conclusion. But they do show that a community of stores with a shared stigmatized product are best off being open about their identity. Together they can change opinions, wear down the stigma, and gain acceptance as a legitimate form of business. And that is very useful guidance for organizations in need of advice because their products are stigmatized.