Adam Smith Meets Machiavelli: When in Markets, Connect to the State 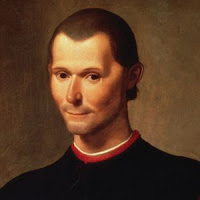 We have heard a lot about lobbying in the US, and its effects on law writing, law enforcement, government contracts, and subsidies. We also know that in authoritarian governments, firms can act as the arm of the state, and firms and state can be mixed up to such an extent that it is hard to tell who is running who. A classic example is the People’s Liberation Army in China, which owned 20,000 companies 10 years ago (and was ordered to sell them). If state relations help firms in both market economies and authoritarian states, what happens when an authoritarian state gets a market economy? Again China offers an example.

A forthcoming article in Administrative Science Quarterly by Heather Haveman, Nan Jia, Jing Shi and Yongxian Wang looks at whether firms profited from connections to the state. Of course we expect the answer to be yes, but the interesting part is when the firms profited most. Here are some interesting highlights. First, market development reduced profits, so competition works. Adam Smith would be pleased. Second, state connections had little overall effect on profits – surprising, right? But remember that this was a period with changing market development over time, and the interesting finding is this: State connections increased profits when the market became more developed. Machiavelli would be pleased – even when markets are strong, an authoritarian state can Trump them.

How does this happen? The short answer is that we don’t really know the details; there are simply too many ways that a state can support specific firms that it likes, and can place other firms at a disadvantage. That’s exactly why state connections are suspicious; their results are hard to trace. At least one advantage with an authoritarian state is that it is not subtle, so some of the things it does are easy to trace. Haveman and her coauthors found that resources were directed to the state-connected firms, which explained some of their advantage, but far from all.

Will this pattern continue? Well, I have also done research on China with Cyndi Man Zhang, and we found that Chinese managers were still heavily state-oriented in their actions. Maybe that is why the ones that could also use the state did well. But the advantage is so large that it is hard to see them stop doing it, especially when they got better at using the state the further along the transition to a market economy had gone. So Adam Smith has met Machiavelli and been defeated.