Please Lobby Someone Else: Social Movements Can Make Firms Unpalatable 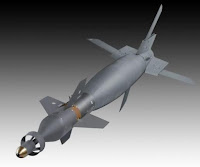 Under fundraising rules following the Citizens United v. FEC Supreme Court, funding needs for politicians are so great that a member of congress is expected to raise at least $18,000 per day, every day of the year. For new members, that can mean as much as 30 hours per week on fundraising calls, an amazing use of time for members of a legislative body that is supposed to deliberate to govern and make laws. Equally important, many of those calls have to be to firms, who can afford higher donation amounts than individuals. Firms also like this arrangement, naturally, because lobbying for favors involves donations as an important tool.

So is it possible for a firm to lose touch with politicians? Mary-Hunter McDonnell and Timothy Werner has a forthcoming article in Administrative Science Quarterly showing that this can happen. The idea is simple, but powerful. Politicians are stuck between those who fund their reelection and those who actually vote. Often voters don’t pay close attention to the funding, so politicians can take money from a broad range of firms, but social movements can single out firms for attention. This does not mean that voters will also notice whether these firms have political connections, but politicians cannot take the risk that they will notice – so they stay away from the firms that get singled out.

How do we know? It is actually quite easy to see how well connected a firm is politically. It can donate money (but politicians can return the donation), it can be invited to testify to congress, and it can simply get contracts to do work for the government. All of these connections get weaker if social movements target firms for boycott actions, they showed. And even more importantly, the research found that the weakening of connections was especially pronounced if the social movement issue had much voter attention, or if the firm was well known to begin with. This makes sense because the risk that voters will notice is especially high if either the firm or the issue is well known.

What does this mean for firms, and for society? Well, for firms the lesson seems clear – they need to avoid the attention of social movements in order to keep the attention of politicians. Not a very ethical implication, but a clear one. And for society? Well, it may seem nice that social movements can isolate firms from politicians through boycotts, but is it really? The main reason it is possible is that other firms are happy to pick up the slack through lobbying more when some firms are isolated. And those firms are not necessarily better. We live in a world of B2C (business to consumer) and B2B (business to business) commerce, where B2B is much bigger and less exposed to boycotts. If there is a boycott of Victoria’s Secret (which has happened) and defense contractor Lockheed Martin picks up the slack, do we have a better society?