Is Women’s Liberation for Men Only?

I understand that the title of this blog post is confusing and borderline annoying, so I will come straight to the point: There is new research evidence that women’s career opportunities can be made more equal to men’s if their male bosses think they should be. Not if their female bosses do. I think this is surprising and worrying enough that I should explain what is going on. 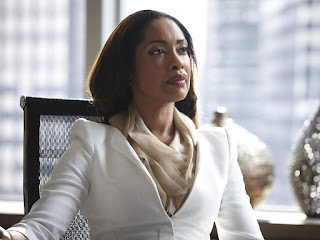 This concern is based on research evidence from a paper in Administrative Science Quarterly by Seth Carnahan and Brad Greenwood, and it is based on law firm careers. You might think that lawyers have specialized careers, and you would be right. They are specialized in ways that are useful for testing the theory, however, because the top-class law firms in the sample recruit very similar people, so there is little of the variation among employees that could be used to explain any differences between men and women. Also, heavy-handed discrimination is not possible here because lawyers know how to, you know, file lawsuits. As you can imagine, finding any discrimination at all between men and women in this context would be surprising and interesting. It gets especially interesting because we can use politics to find out what managers want, assuming that liberal lawyers have liberal views including gender equality and that conservative lawyers don’t. Donations to the Democratic and Republican parties are good measures of ideology.

So we know whether the managers (partners) are liberal or conservative, and we know the gender of the employees (associates), and that’s all we need. Carnahan and Greenwood went ahead and analyzed the data, finding that conservative offices hired fewer female associates. Liberals practiced equality in hiring, and the difference reached levels that can be measured even for these elite lawyers. Same story for assignments to task forces and for promotions: women are better off working for liberals.

But then the surprise comes: distinguishing between male and female managers, they found that the helping of women could be shown for only liberal male partners, not liberal female partners. So women’s equality in law firms seems to be for men only to decide. How is that possible? It seems unlikely that women partners care less, especially if they are also liberal. But how much change people make depends on how much they try and how much power they have. That’s where the men have the edge. There are more of them and they are in more senior positions, so ultimately what counts is how men view women’s careers.

Earlier I wrote one blog post on the book Lean In criticizing its depiction of women’s career opportunities and another blog post on research correcting this depiction. Lean In is too optimistic about women’s opportunities to make changes for themselves. This research presents one more problem for the Lean In idea because it suggests that what women think of themselves or of other women is less consequential because they have less power. Real-life careers are not about leaning in, but pulling up.