When Occupations Rule the Workplace, Which Matters Most?

“The modern workplace” is an expression often used as if there is just one kind, while the reality is that workplaces are complex and differentiated. But if one workplace deserves to be ranked as increasingly important, it is the multi-occupational workplace that has not only multiple occupations creating a product or service together, but also no order in the form of top-down hierarchy or start–finish sequence. The occupations in such a workplace work together, and the potential for failure anywhere to ruin the output gives every one of them power. Think of the large and growing medical sector, the many new services using information and communication technology, and the increased customization allowed by computer-aided design and manufacturing. 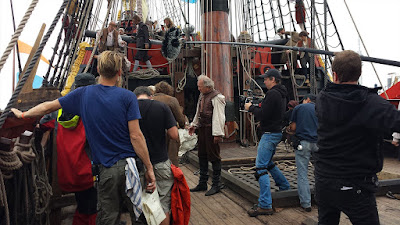 So how do occupations interact when all are interdependent, all at once? Beth Bechky and Daisy Chung showed in a new article in Administrative Science Quarterly that it depends on how the organization acknowledges occupational power. They studied firms doing equipment manufacturing and film production: both places with multiple occupations interacting at a high level of expertise to achieve customized, high-quality output. It turns out that the procedures in the two types of workplaces were very different, although they shared the feature of each occupation having significant power over its own work and influence on the other occupations. This combination of having power and being influenced was not a battleground, but a complicated and pragmatic interaction.

These differences also affected how each occupation functioned internally. Because some occupations in equipment manufacturing were formally seen as subordinate, they conducted close internal quality checks to ensure that their members’ work was perfect along the dimensions they controlled. That way they maintained as much control as possible. Because film production lacked such ranking, the emphasis was not on internal control to keep quality uniformly high, but more on recognizing each member’s specific strengths and mentoring junior members into the occupation.

Why the differences? Keep in mind that these occupations are working together in a pragmatic way to solve organizational problems. The main class of problem has to do with time. Any organization dealing with occupations with well-established hierarchies is dealing with historical time and must not deviate too far from how things were done before, when interdependence was less. So they make the documentation system work in ways that maintain history and handle interdependence. Any organization dealing with unfolding events is dealing with the event clock and must not slow down direct interaction among whatever combination of occupations has the capability to deal with the current emergency; even as the occupations have widely differing formal authority, scarcity, and pay, they interact as equals. Organizations operate to deal with time.