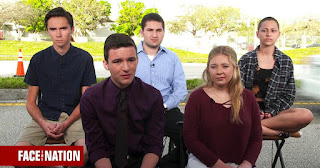 Two of the most powerful organizing efforts following recent shootings are #neveragain following the Marjory Stoneman Douglas High School massacre and #BlackLivesMatter following the shooting of Michael Brown by a police officer. They have something in common that you may not have noticed: they were triggered in homogeneous communities. Parkland, Florida, where the massacre took place, is overwhelmingly white and well-off. Michael Brown was shot in a majority-black neighborhood in Ferguson, Missouri.  Each community came together to mourn the death of their own and to prevent repeats of the same tragedy. Each effort has been very effective, at least in getting media coverage.

I mention these examples because communities don’t always organize effectively, and we have seen in past research that more-homogeneous communities can more easily organize both for self-support and for supporting others. In a recent article in Administrative Science Quarterly, Wesley Longhofer, Giacomo Negro, and Peter W. Roberts test this effect again, and they also look at whether local organizations can unite or divide communities that would not be naturally united. They find that schools unite and churches divide, and the reason is interesting.

We have to start with why diverse communities have difficulty organizing to help. The problem is that when communities have a mix of people with different color, wealth, religion, and other characteristics, people start believing that those who seem different may have different values and ideas of what is good and bad. More and more, people associate with those who are most like themselves, including in community organizations. And as they interact with those who are most like themselves, they continue to strengthen the beliefs that they are different from the rest. The result is a community that is separated in its people, and also in the community organizations that people belong to, like churches, clubs, and associations of many kinds.

Suppose there is a common cause that just about everyone agrees to support. In this research, the common cause was collection of money for UNICEF (the Trick-or-Treat campaign done every year). Many people are in favor of UNICEF, especially if they have children. But it is still the case that homogenous communities organize better and help more because they are more united to begin with. The exception is that campaigns organized by public schools overcome the negative effect of diversity, and even reverse it to make diverse communities more helpful. Public schools are special because they are mandated and (in the USA) are organized to maintain diversity of students, so they span diverse groups of people and help them understand each other. That way, public schools unite diverse communities.

For the same reason, campaigns organized by churches and clubs had less effect in diverse communities. Both are voluntary organizations, so they are exactly the type of place where people interact with those most similar to themselves. Community organizations that reflect the divisions of the community, like churches and clubs, divide efforts to organize help; those that span the divisions of the community, like public schools, unite efforts to organize help. In times with many and deep divisions in communities, it is worth asking what organizations exist that can span different groups and help the community help itself and others.