The Last Surge of Age: How Technologies Are Reborn

Are you one of the people who sneers at the resurgence of the vinyl record these days, when CDs are obsolete and we carry our music on phones? If you own or aspire to a Rolex, or any Swiss mechanical watch, you should probably shut up. Vinyl records and mechanical watches are examples of the same phenomenon. Sometimes technologies that appear to have been surpassed by other technologies are reborn, not just as niche products but as resurgent and successful new product categories. How does that happen? 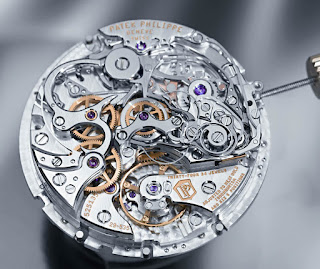 The process has multiple stages, but they share one feature: The rebirth of a technology is a social construction that takes significant effort by organizations using the technology, and the effort has to be carefully directed to succeed. It starts with a redefinition and celebration of the old technology. Swiss firms started promoting their age and associated artistry, the artisanal and complex movements, and the traditional connection of watches to wealth and nobility. In short, they reminded themselves and the world that watches showed time, but more importantly they showed something about the owner.

The next step is to build communities. A community that is easy to overlook but very important is that of the watch makers committed to mechanical movements. They started interacting more intensely and excluding quartz makers, including Swiss quartz makers. A shared sense of purpose and interchange of ideas helped them think about products and market position. As a sign of just how far they have come, there is a fairly clear hierarchy of brands, and (unlike many other industries) in each hierarchical level the makers are satisfied with their position and do not try to move up or encroach on the market segment below them.

A more obvious community is the enthusiast customers. The first segment of them was easy to find – old-watch auction participants and club members—and highly useful for understanding the best ways to appeal to potential customers with the mechanical watch technology. With this knowledge, the firms carefully crafted their marketing to celebrate the newly defined technology and its products while appealing to the emotions that they had identified in the enthusiast customer segment. The marketing is very effective. I currently do not use a watch (my phone does the job), but I have seen enough marketing to know that Rolex is in the lower layer of the elite pyramid, and the watch brands above it is when pricing starts to get exclusive and they keep their auction value. If Rolex is a like a black Prada Killer bag, Patek Phillipe would be a Hermes Birkin.

Technologies are often thought of as scientific and – dare we say – mechanical things. But products using technologies are social constructions, and that is why organizations are able to reshape the understanding of a technology to engineer a surge of age.