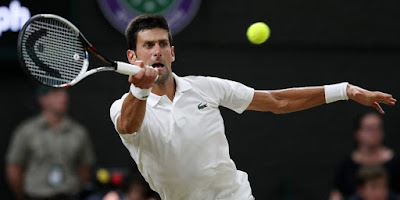 I just saw research on how to successfully start a new venture that made me think about the Wimbledon tennis tournament. Here’s why: some of the things that are obvious sources of strength in tennis are widely thought to be weaknesses in business – but if current research is any guide, they are strengths. Concentration, vision, and practice through endless repetition are how champions are built in tennis, a sport where the average serve speed is 180 km/h for men and 155 km/h for women. But how is that related to new ventures?

Research recently published in Administrative Science Quarterly by Susan Cohen, Christopher Bingham, and Benjamin Hallen looks at how new ventures perform in accelerators, which are training and development programs for new ventures. They looked at many accelerators to find out exactly what activities accelerate and improve a venture more, because some accelerators have been successful in helping launch new ventures but others have not. Before they started, we knew very little. Their findings were clear – and completely the opposite of some common beliefs about forming and improving new ventures.

Belief 1: New ventures should start with a solid business plan and be given information and introductions to potential mentors gradually over time to develop their ventures. This is not true. Ventures should be given concentrated consultation and advice early in the founding, because that is when the value of new information is highest. The venture may be most flexible and uncommitted at this stage, but even if it isn’t, Cohen, Bingham, and Hallen found that the concentration of feedback was key: it helped venture founders overcome their own biases and assumptions, connect with potential customers, rethink what would be best for the business, and act on the new information.

Belief 2: Entrepreneurs should avoid divulging information about their activities to other entrepreneurs, who might steal their ideas. This is not true. Yes, we’ve all learned since childhood that secrets are valuable, but in business, quality trumps secrecy. New ventures in accelerators were able to understand their own business much better and improve faster when they had a clear vision of what other ventures were doing. That was only possible when they also shared information about their activities.

Belief 3: New ventures should have development plans customized to their needs. This is not true. The problems faced by new ventures are very similar, so using a standard process that lets ventures practice how to overcome these problems is best. New venture founders don’t know what they don’t know, so by customizing – seeking input and knowledge from only the people they assume will be most useful to them – they create blind spots.

How can we be so wrong about the factors that create successful new ventures? All venture founders, advisors, financiers, and researchers have incomplete information and bounded rationality. Ventures are typically not visible until they have reached a certain size and become full organizations, so there is not enough knowledge about the crucial founding phase. And we humans learn from what we see in very limited ways, strongly shaped by prior beliefs and selective use of examples. The secrecy belief is a good example, because it is such an old myth that people rarely challenge it.

The best accelerators go against these three beliefs and foster concentration, vision, and practice. Their ventures are much more successful than those of accelerators that follow the conventional beliefs. Entrepreneurs should take note, even if they are not part of an accelerator. I think Serena Williams would approve.