Misunderstandings are common in the workplace. An important one is between customers who are confident they know how employees are supposed to do their jobs and the employees who are equally confident that the customers are clueless. Sometimes this is amusing, as when patients go to a doctor convinced that they will get exactly the medical leave and medicine they have in mind. Sometimes this has serious consequences, as when those in public service occupations like the police see the general public as ignorant, hard to control, and potentially dangerous, and resort to using tactics that are effective but harmful. Two natural questions are how to improve understanding and what happens when understanding is poor.

A recent article in Administrative Science Quarterly by Shefali Patil looks at the second of these questions and finds surprising effects of police officers’ political ideology on what happens when they feel misunderstood by the public. We might expect that feeling misunderstood would lead to a decline in performance, but that is not true for all officers – it is true only for liberal-leaning police officers. Conservative-leaning police function the same whether they feel more or less understood – they seem immune to any ill effects of feeling misunderstood.

What is going on? Patil points out that community understanding is an important part of liberal ideology: liberal officers expect the public to understand them. When that understanding is missing, the liberal police officer experiences doubt about the social order and about the best way to interact with the public to promote community understanding. Conservative ideology is different because it celebrates authority, and an important part of belief in authority is that those holding authority do not need to be understood by others. Not being understood means having less information, but it also reinforces the beliefs of a conservative police officer about how best to interact with the public in doing their job.

The effects of ideology run even deeper than this. Further study of the extent to which police officers felt they were understood by the public showed that this, too, was split along ideological lines. Conservative officers were more likely than liberal officers to believe that the public did not understand them. The picture painted by these studies is one of police officers shaping their understanding of the world, including whether the public understands their work, according to their political ideology. They then interact according to this belief, and if they believe that the public does not understand them and does not need to, as conservative officers do, they can function well even when public understanding is low. Facing the same circumstances, liberal officers tend to be more uncertain in their actions and perform less effectively. 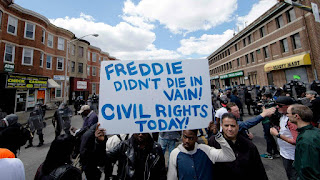 You might think this is not a problem, because the findings seem to show that everything is well as long as officers’ political ideology aligns with public understanding. But things are not that simple. There have been cases of suspects dying in police custody because of the way they were restrained, and many of these involved the suspect or bystanders warning the police that their actions were dangerous. A police officer who believes that the public understands will listen to such warnings; one who does not will see them as misinformed and will ignore them. Ideology matching beliefs of public understanding may work well much of the time, but sometimes it has tragic consequences.