What Happens When Firms Adapt to Societal Norms? Resistance

We have seen many changes in how society thinks about the workplace—changes that started long before the current pandemic and have become especially important now. One key change is the new and critical view of all-consuming jobs and professions, which are widely seen as a relic of the days with a breadwinner husband and a stay-at-home wife. Strangely enough, these types of jobs are quite common in occupations that require higher education, such as law, finance, and consulting. In all of them, many employees face rigid promotion schemes that require very long workweeks both before and after promotion, with the up-or-out promotion to partner being particularly out of touch with current societal norms.

Naturally, some firms have decided to adapt to the societal view and introduce an alternative career path. What happens after those decisions is the topic of an article in Administrative Science Quarterly by Namrata Malhotra, Charlene Zietsma, Timothy Morris, and Michael Smets. They studied law firms that added the position of council as an alternative to the partner position, with the idea that a council did not need to face the same demands before or after promotion as a partner would. So far so good, right? Firms ought to conform to societal norms, especially when these are turning against exploitation of employee time budgets, and employees should welcome such changes. 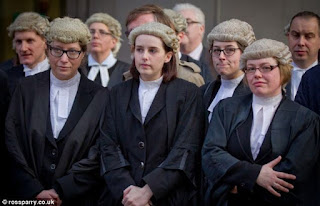 Wrong. The introduction of the council position met with significant resistance from the employees it was supposed to help, even though many of them would agree with its goals. Of course, organizational change is always difficult because it involves calculations of who wins, who loses, and what is at stake. This change was especially problematic for a different reason. Societal norms favored the change, but as members of the profession and the firm, the lawyers saw the old norm of rigid and demanding up-or-out promotion as correct.

What followed was a battle in which resistance was expressed as concerns about the change being too great, too ambiguous, and too contrary to current norms and practices. Each of these were met with counterarguments from those driving the change. The change is too great? But instead of focusing on what’s different from current practice, focus on how the change improves life—family life. The change is too ambiguous? Focus on how some goals are still shared between old and new practices. The change is contrary to current norms? Focus on reassuring employees that there are pragmatic solutions to the contradictions. Through these three moves, the law firms were able to establish some degree of acceptance of the council position.

The big irony is that the introduction of a council position removed nothing of the old system of associates and partners; it just added a third position of council with a different career track. It could benefit both firm and employee by preventing the firing of employees who held valuable skills but could not or would not conform to the old career system. In principle, changes that introduce options without taking other options away should never be challenged. Organizational change is more complicated than that, however, as there is always the question of whether the old options stay the same once this new option has been introduced. And when the logic underlying the council position appeared too dissimilar with the old way of running law firms, employees were disturbed by the change.